People of Afrin: “We will resist against the attacks” 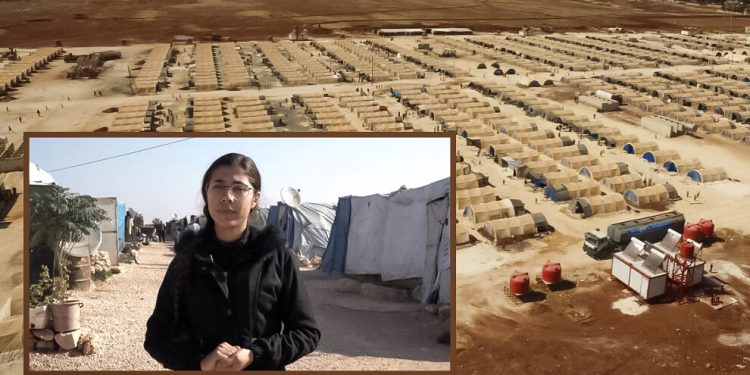 AFRIN – The occupying Turkish state has been attacking northern and eastern Syria since November Residents of Afrin said that a large number of civilians have been killed so far.

‘One Kurd will continue to resist’

Mohammed Hassan Mustafa protested against the attacks and said, “For five years they want to immigrate Kurds by plane and blockade. It has been resisting all attacks and threats for five years. However, the occupying Turkish state is bombing the people of the West in front of the whole world. Those who preach democracy are silent about the attacks on the people. Our resistance and struggle will continue even if a Kurd remains.”

“We are being bombed in front of the world, but the world is deaf and blind,” Hassan said.

Gulistan Mustafa drew attention to the recent occupation attacks and said, “They are killing civilians with these attacks. The people of Afrin, who have been resisting in the camps for five years, do not want to be refugees again. When we move here, we will return to Afrin because the people of Afrin are committed to the values ​​and achievements of the revolution.”

Shamsiya Mohammed Omar from Tel Rafaat said, “The occupying Turkish state has been attacking Shahba region for five years without saying that there are children, women and the elderly. No matter how brutal the attacks, we will be together and will not leave the region.”

HRE: We commemorate our comrades Xelîl, Çayan, Brusk, Dilsoz and Baran with respect

People in Prato, Italy show solidarity towards the Rojava Revolution